Alberta invests $3 million in low-carbon future: CarbonCure’s technology to be installed across Province

CarbonCure’s technology to be installed in multiple plants across Province

Calgary, AB – CarbonCure Technologies announced today that it will be receiving up to $3 million from Emissions Reduction Alberta (ERA) to further optimize and accelerate adoption of its CO2-utilization technology in Alberta. CarbonCure will be competing with three other round 2 recipients of the ERA Grand Challenge for the final $10 million grant, which will be awarded in 2019.

CarbonCure’s technology is part of a growing new sector of technologies that convert CO2 emissions into products, which is expected to be worth $1 trillion and could reduce global GHG emissions by up to 15% by the year 2030 (Global CO2 Initiative report, 2017).

Image: BURNCO Rock Products adopted CarbonCure's technology in early 2016. In addition to BURNCO, several other Alberta concrete producers are expected to participate in the project.

CarbonCure’s technology is unique in that it reduces greenhouse gases, while also providing significant economic benefits to concrete producers. The technology is currently installed in nearly 50 concrete plants across North America, including Alberta’s BURNCO Rock Products. CarbonCure’s retrofit technology sources carbon dioxide emissions from local industrial emitters, and converts the greenhouse gas into nano-sized minerals to make concrete stronger and greener. These production and environmental benefits give Alberta producers a competitive advantage to better meet the changing needs of customers while transitioning Alberta to a low-carbon future.

For the ERA Grand Challenge: Innovative Carbon Uses, CarbonCure will work with multiple concrete plants across Alberta to maximize the overall GHG benefits and improve the economics associated with the technology to attract smaller concrete plants as customers. The project includes a range of partners from across the supply chain, including Praxair Canada Inc., and a fourth-generation family business and leading concrete supplier, BURNCO Rock Products.

BURNCO Rock Products has been leading the industry transformation in Alberta with CarbonCure since early 2016. “CarbonCure helps us to serve our communities and stakeholders with sustainable construction innovations; we are already supplying concrete made with CarbonCure’s innovative technology to the Calgary construction market,” says BURNCO’s CEO Mike Powell. In addition to BURNCO, several other concrete producers from across the Province are also expected to participate in the project.

The partnership with Praxair Canada builds on years of collaborations between the industrial gas giant and clean technology innovator. According to Praxair Canada’s National Sales Manager, Danny Green, participating in a project that repurposes process gas like CO2 to make better construction materials is in-line with Praxair's mission of making our planet more productive. “Praxair supports CarbonCure’s vision of developing economically beneficial uses for CO2, and we are pleased to support the Alberta concrete industry as they transition to lower-carbon technologies.”

This is not the first time CarbonCure has partnered up with Praxair Canada and BURNCO. The companies are part of CarbonCure’s team in the $20 million global NRG COSIA Carbon XPRIZE competition. As one of 27 semi-finalist teams from around the world, the team will be demonstrating that the CarbonCure technology is the most cost-effective, highest-impact and most scalable solution to convert carbon dioxide (CO2) into high-value products. The competition runs over the next four-years, with the final round of demonstrations occurring in Shepard, Alberta.

CarbonCure’s technology is expected to help Alberta transition to a low-carbon economy, while also boosting the local economy. In addition to demonstrating that 1 Megatonne CO2 annual reductions are achievable in the near-term, the technology is also expected to provide manufacturing efficiencies of more than $700 million to local concrete producers through 2030.

With ERA’s funding commitments, Alberta is taking a leadership role in showing the world that CO2-utilization technologies, such as CarbonCure’s, can help the world transition to a low-carbon economy today. In the future, such technologies could open up new markets worth $1 trillion, and reduce global GHGs by up to 15%. 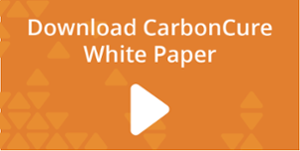 Thanks you for your interest!